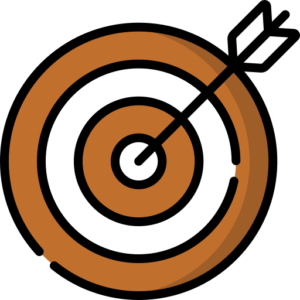 What happens when you let go of the bowstring at full draw? All the energy
that is stored in the bow’s limbs is transferred to the arrow allowing it
to be propelled towards your aim spot.

As an archer, your biggest aim should be on how to achieve a clean release
every single shot. When you achieve this, the bull’s eye will always be
your resting point.

Despite what bow you using, compound, recurve or even a longbow, there are
several release aids that you can put to use to help you achieve the
perfect shot.

For compound shooters, there are four release aids that you can consider:

For recurve and longbow archers:

This kind of release is triggered by the index finger. Any type of this
release is usually attached to a wrist strap. The strap helps in drawing
the string by joining the muscles of your hand.

This kind of release is common among the bowhunters as the release is
always with the archer all the time and cannot be lost or dropped from a
tree stand as the archer is always wearing it.

The index finger release is connected to the string by use of one or two
moving jaws that completely enclose the bowstring by an open hook or a rope
loop.

When at full draw with an index release, you will need to curl the
forefinger on the trigger around the trigger post. If you try to stretch
your forefinger all the way out to reach the trigger you will have trouble
with punching the trigger. You can also consider shortening the release
head to help reduce the gap between it and the wrist strap.

Wrap your forefinger around the post and pull the shot with your whole
instead of trying to activate the trigger by squeezing your finger like
shooting a gun.

These releases are triggered by the thumb. Majority of them are held by
hand but a few of them can be attached to the wrist. They connect to the
bowstring by either an enclosed jaw or an open hook or a rope loop.

The best surprise you can ever get in an archery shot is one that involves
the use of a mechanical release. The best feature about this trigger is its
element of surprise. You do not know when the release is going to trigger
hence you cannot anticipate it with a flinch.

This release is handheld and has a pivot head that connects it to the
bowstring or D-loop by an open hook. To fully work, you will need to hook
the release to the string, do a full draw the squeeze slowly your shoulder
blades together when, in turn, pulls your bow and trigger further apart.
This squeezing motion will eventually cause the release to rotate in your
hand and lets go of the bowstring. This release does not have a trigger it
is a trigger in itself.

Due to its surprise element, you will need to keep your sight pin locked at
your target. This a perfect release for a target archer but it might not be
the best for bowhunters because they need to be in more control of when to
release their bow.

This is another handheld release which is triggerless and mainly preferred
by target archers. It is usually activated by the building pressure of a
full draw. This pressure is usually created by the squeeze of the shoulder
blades together.

You will need to clip the release open hook, closed jaw or rope loop to the
bowstring or D-loop then draw your thumb around the safety mechanism so as
to prevent the release from triggering prematurely. When at a full draw,
you will need to release the safety and then start squeezing your shoulder
blades until the release is triggered.

These are commonly used with recurves and longbows. It’s not that these
bows cannot use the mechanical release aids but its because the archery
style of these bows calls for drawing and releasing with your fingers as
opposed to the mechanical triggers. It is also good to note that mechanical
releases are not allowed for recurve and longbow competitions.

When using the finger tabs, you will need to draw your bowstring with your
index, middle and ring fingers then set the tab between your finds and
string. This will ensure a more consistent release because the bowstring is
sliding off a single surface. The tabs come in a variety of materials, bare
leather hair covers leather plastic. This boils down to your preferences.

This kind of release allows the archer to shoot either bu using their index
finger above the arrow nock and the others below, that’s called the
split-finger shooting for all the three fingers below the nock.

Gloves, on the other hand, are the simplest to use as a release aid. They
cover your three shooing fingers to give you protection against the string
and then give a smooth surface for the string to glide across during the
release. The gloves are made of leather or nylon Previous post Traditional Bows Vs Compound Bows: Which One Fits You Best How to Understand the Clicker in Archery